At first Raif Badawi stood out for me from all the thousands of ghastly cases clamouring for our attention online because the punishment was so grotesque. I read that a blogger - that felt close to home, though so far away - had been sentenced to flogging: 1000 lashes, 50 a week so he did not die at once, outside the mosque after Friday prayers. It was a very public, long-drawn out form of torture. Repulsive. Unbearable that it should be allowed to happen, week after week, and in a country which is an ally of ours. 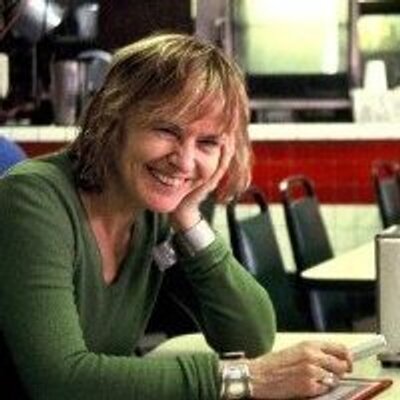 Then I read that the sentence had been INCREASED on appeal - another travesty. Like another form of torture.

And that Raif Badawi had also been threatened with a charge of apostasy, which would have meant beheading, not 'just' flogging - at least one Saudi cleric thought 1000 lashes far too lenient.

Then I read some of what Raif had written - that for which he was being punished in this terribly cruel way. I was deeply impressed by his intelligence, calmness, fairness and lucidity.

Given the gross physicality of his punishment, it seemed to me necessary to protest in person, on a weekly picket line with English PEN outside the Saudi embassy in London, not just online - though that is important too.

There is no knowing why the floggings have not happened these last weeks. But we have to keep up the pressure until Raif is released and reunited with his wife and children in Canada.