We lost an important member of the international campaign for the release of Raif Badawi today. Dr. Georg Lebiszczak (ARGE RAIF) passed away on Thursday when he held a lecture about Raif Badawi and Human Rights. He died in front of students with the book of Raif in his hand. He died while defending the universal values and rights that our world desperately needs. He is a symbol for a man fighting for his ideals in both words and deeds. 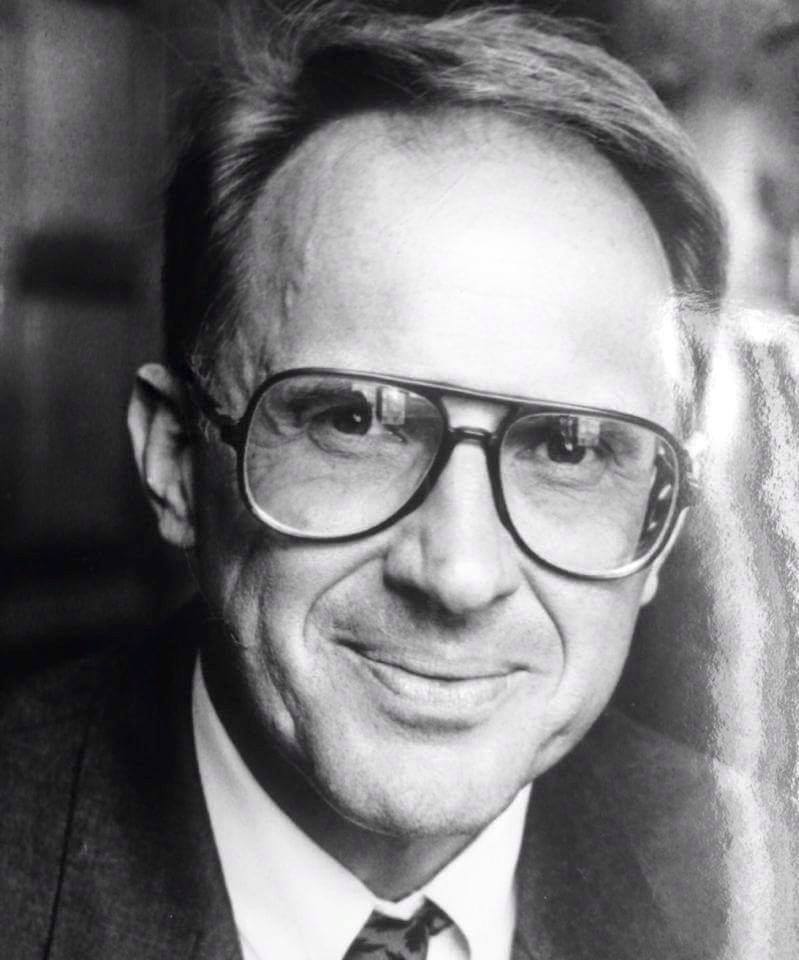 The story of my father’s death is also my story and that of Saudi-arabian blogger Raif Badawi and his family – most of all his wife Ensaf. Why?

Well, I am not a very spiritual person, I don’t chant and rarely hug trees. But I believe in “the click”. After the attacks on Charlie Hebdo I was a nervous wreck, for whichever reason - I am aware, that this world is constantly subject to human atrocities. I have an idea though. On the day after the declaration of solidarity in front of the French embassy I drove my smart to work and on the radio I heard of the case Badawi for the first time. 1000 lashes with a whip, to be carried out in public, being locked up for decades – for spreading the message of equality and tolerance. A young man, father of three. That’s when it clicked. This manic energy I must have inherited from my father seized me and I started mobilizing, thought about getting whipped myself – in Raif’s place – I posted, rampaged. My father, who had always supported me and made every one of my projects to his own as well, scented the bait like a fox.

To make it short: I withdrew myself from the project after the initiative “ARGE RAIF” was founded. The atrocities that had been committed, the violation of human dignity, got too close to me and my new job took up most of my time. My father took over together with two of my friends, who had the chance to experience his unbelievable power and strength. My father thrived – because he could use his energy for a good cause, but also because he had the chance to tread on the feet of the bad, lazy and greedy. He had so much fun. My father was and still is a very humorous man, with a mind and understanding superior to most. The last couple of weeks he became very occupied with his activities, I sensed he would have liked a large group of human rights specialist and activists behind him to achieve even more – and well: He was used to be a boss, that of two big advertising agencies.

But we also spent a lot of time together privately, he came to charity parties and concerts (his favorite was blues), that I visited and almost every Sunday me and my partner would visit my parents, which was always funny and exhausting, because we tended to shout when exchanging information – well everyone, except for my boyfriend. More than once in the last couple of months I had thought of the day I have titled “the worst moment of my life” since I was a little girl – the possible passing of my father. Weirdly, the panic I had always felt had disappeared. All I knew was: spend as much quality time with him as possible. And we did, even more than before. Untacky, pragmatic, but also affectionately, the way we are.

I didn’t know, that he was going to speak at the Human Rights Talk at the Juridicum’s Ludwig Boltzman Institute on 14th of April 2015. He was always on the go. Fitness, chess, and excursions – he also visited an elderly lady, who no one else cared for anymore. But most of all he loved spending time with young people and I was – of course - often the link. I enjoyed it, truly and genuinely, even if I sometimes found it embarrassing (a typical father-daughter-thing), but then I always saw how good he got along with my friends. He was admired and respected like a great leader. And he had so much fun.In the night from 14th to 15th of April four police officers picked me up from my apartment and brought me to my mother in the 19th district: “your father passed away today”. I cannot find words for what I felt.

Today I am capable of understanding the dimensions of what happened – and I am simply overwhelmed. My father – as I know from the kind emails of the attending audience– was holding a flaming speech about Raif Badawi, and about how theory is lame and goes only so far – that it is necessary to set actions and actively fight for human rights. In his hand he held the book “1000 lashes – because I say what I think” by Raif Badawi (Ullstein Verlag), from which there will be a reading on the 5. Mai in the bookstore Leporello in Vienna, an event my father and I organized (registration at leporello.at).

I knew his flaming speeches, he was a fantastic speaker and the audience confirmed it in the aftermath. After his lecture he collapsed and died - died quickly – in front of future human rights lawyers and activists. What a coup. A young woman (he loved girls, because he loved his own “little girl” so much) held his hand. She will soon visit me.

My father did not die in front of me or my mother, he didn’t pass in his sleep – he displayed his greatest wish to these people: Continue fighting, be fast and smart – don’t give up. My father died on stage. Up to his dying breath he did what he loved, a great, genius, stubborn headed man. He burned for what he believed in. A rock star. Yes. A rock star. Not a saint, but a human with incredibly smart eyes. And a huge heart. He showed me the world, supported me but also spoke to my conscience. He was my friend. He is my friend. He knew who I am and vice versa. As I said in the beginning, I am not a great esoteric. That the energy, that drives our body, is a fact however and that this energy, like all energy, doesn’t simply disappear, I know for sure. My father is everywhere. Not just in the rain, the sun, wind and trees. He is in me (I have inherited in same parts both good and bad traits from my father – for instance neither of us can have a meal without spilling food on us and everything around us), but he still exists also and most of all in his fight for the good. For freedom, reason, education of the heart. My father died in peace with himself and his family. And that is why Raif Badawi and his family – including the lovely Ensaf – are now part of our family. We were united through the click in my car, through the passing of my father off the stage of the living.

Raif Badawi and all the others imprisoned against human rights and dignity should be able to do the same things my father did. He should be with his family and be able to speak freely – like we could and can.Dear friends and fans of the great Georg Lebiszczak aka Schorschi aka Daddy Cool aka PapaufZack, the powerful man behind ARGE RAIF: Visit our reading, come to the funeral of which I will announce the date soon. My father’s body will be burnt, as he always burned for what he did – his family, his ideas. The ceremony will be tasteful but life-affirming. I and the ARGE RAIF and those young people, who will create the good world of tomorrow, those who held his hand on his last journey, will establish a foundation in the name of Georg Lebiszczak that will enable further action. Just like my father’s motto “a little less conversation, a little more action, please.”