RIYADH: The government guarantees freedom of expression and opposes discrimination, said Custodian of the Two Holy Mosques King Salman on Wednesday. “There is no difference between citizens or regions. All citizens are equal in rights and duties,” the king said while receiving Bandar Al-Aiban, president of the Human Rights Commission (HRC), Mufleh Al-Qahtani, president of the National Society for Human Rights and other senior officials. - From Arab News 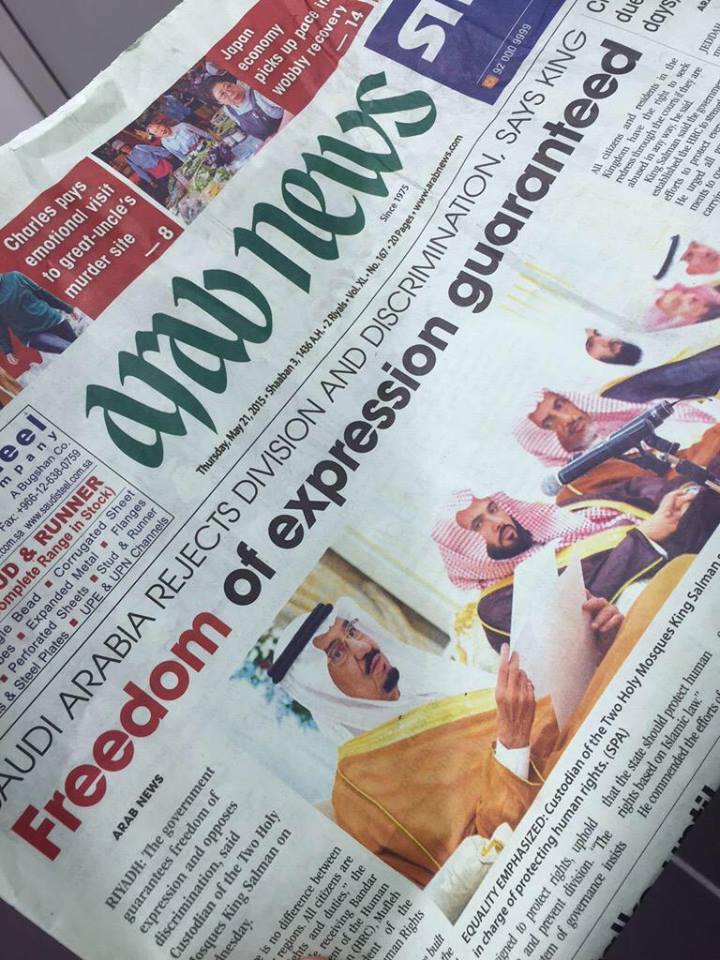 “The pillars of this state are built on Islamic law that calls for the protection of human rights; and governance in the country is based on justice, consultation and equality,” King Salman said. He said the country’s laws are designed to protect rights, uphold justice and prevent division. “The basic system of governance insists that the state should protect human rights based on Islamic law.”

He commended the efforts of various government departments including the Justice Ministry and HRC to protect the rights of citizens and expatriates. He said the judiciary was independent and “plays a leading role in protecting human rights.” All citizens and residents in the Kingdom have the right to seek redress through the courts if they are abused in any way, he said.

King Salman said the government established the HRC to strengthen its efforts to protect everyone’s rights. He urged all government departments to cooperate with the HRC in carrying out its mission. Saudi Arabia cooperates with the UN Human Rights Council, respects other religions and cultures, and provides assistance to the needy without discrimination, the king said.

He said the establishment of a relief center in Riyadh last week was aimed at protecting human life. He stressed the role of families in bringing up their children based on human rights principles. Earlier, Al-Aiban commended King Salman’s efforts in this regard, including the measures by the Saudi-led coalition to restore the legitimate government in Yemen and protect its people.