Alber Duin said, " As a liberal writer and political prisoner Raif has become a symbol of the struggle for freedom of expression around the world. We all hope that Raif is soon free and can accept the medal personally."

The hugely respected Thomas Dehler was the Federal Republic of Germany's first Minister of Justice (1949–1953) and chairman of The Free Democratic Party (1954–1957). 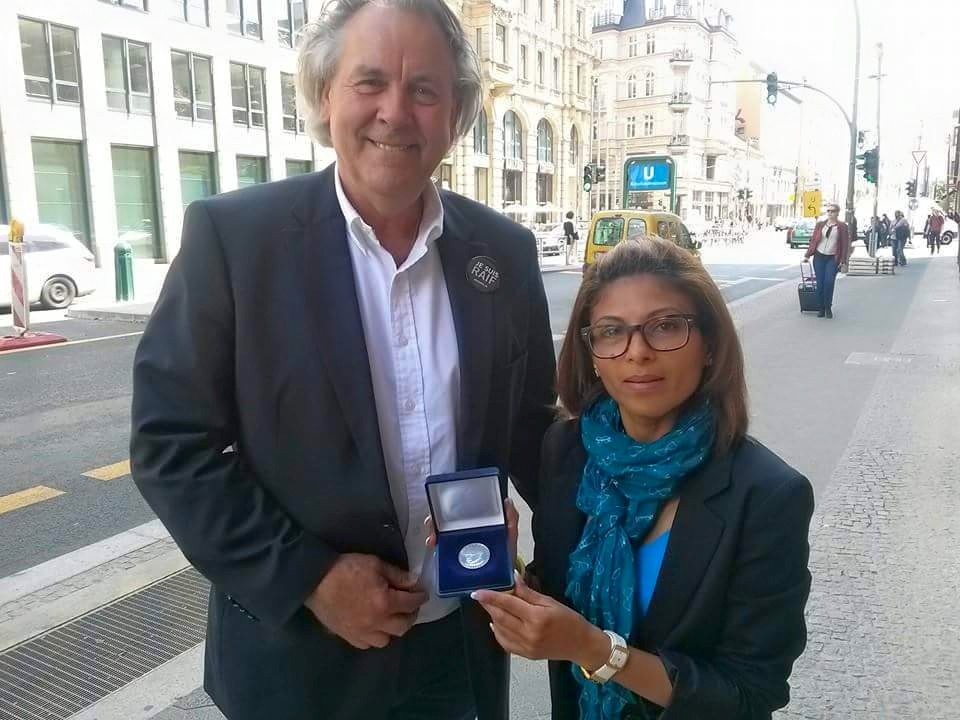