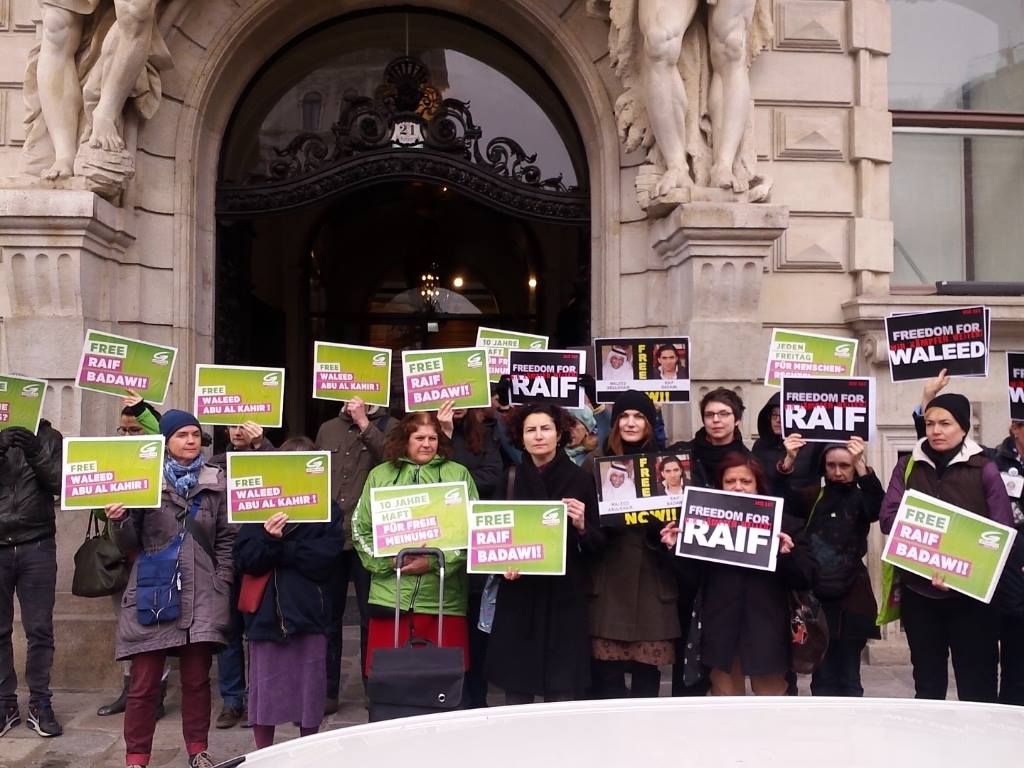 Once again, no flogging for Raif Badawi this Friday in Jeddah - and no explanation from the authorities as to why. Meanwhile, protests and vigils continued around the world in support of Raif and Waleed, whilst the World's media has continued it's criticism of the authoritarian, theocratic, human-rights abusing Kingdom of Saudi Arabia.

An 'off-the-record' message from a high-ranking Saudi Diplomat to one of our supporting politicians suggests that there wil be no more floggings and that 'he is unlikely to serve the 10 years'. All good news, but the pressure must continue.

Big news this week was that Raif was made an Honorary Citizen of Sherbrooke, Quebec. Read the write-up here.

We have added some older news articles that are well worth a read...

Raif's book - 1000 Lashes, Because I Say What I Think is already available in German and French, and now available for pre-order in English. We expect it, with your help, to be a worldwide best-seller. Proceeds go to Raif's family.